The MERIS calibration and validation activities are summarised in the overall Envisat Cal/Val Plan.

MERIS instrument calibration was comprehensively documented in the publication by Bourg and Delwart.

The "Overview of the Envisat MERIS and AATSR data quality, calibration and validation program" was given by Philippe Goryl and Jean-Paul Huot at the Geoscience and Remote Sensing Symposium, 2003. IGARSS '03.

Visit the CEOS Cal/Val portal for more details on MERIS calibration and validation.

During preparation of MERIS, Commissioning Phase and throughout the lifetime of MERIS, the MERIS and AATSR Validation Team (MAVT, later referred to as MERIS Validation TEAM, MVT) undertook field campaigns, algorithm studies, product validation and gave recommendations for product improvements. Important events of the MVT were:

On Board Calibration Hardware 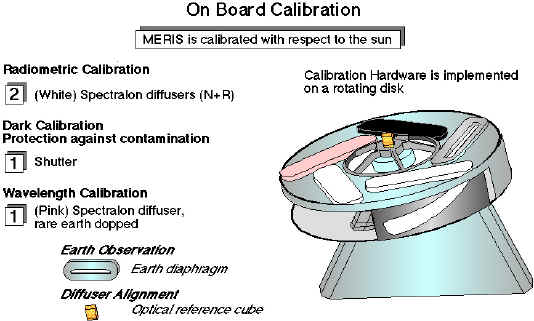 One of the most severe requirements on MERIS was posed by calibration. A very accurate band to band calibration relative to the solar spectral irradiance was required for ocean colour applications. The imaging principle of MERIS imposed, in addition, a need for detector elements to be accurately normalised.

The basic hardware requirements for an on-board calibration system offering both a uniform reference signal over a large field of view and a stable absolute spectral reference signal has led to the preferred solution which utilised diffuser plates illuminated by the Sun.

The calibration hardware was implemented on a selection disk. A stepper motor allows the selection of any of the five positions of the disk as required by the instrument mission requirements:

Earth observation
A diaphragm was introduced in the field of view.

Radiometric gain calibration
A Sun illuminated white diffuser plate was inserted into the field of view of MERIS at the cross over point of the five cameras' fields of view. The diffuser provided a reflectance standard across the entire spectral range and field of view. In this way a full aperture instrument calibration which follows the same optical path as in the observation modes was realised. During the calibration the signal was recorded for 512 frames. Each frame was corrected for offset and smear components. The averaged signal was then divided by the BRDF of the diffuser obtained from on ground characterisation and stored on board, yielding the absolute radiometric gains. If the on ground calibration mode had been selected the on board processing was limited to the averaging over the 512 frames. The gain coefficients were calculated on ground.

Diffuser degradation monitoring
The radiometric diffuser was exposed to the sun for a cumulated period of about one hour during the MERIS lifetime. Some limited degradation caused by radiation exposure could be expected. A second diffuser was therefore provided to evaluate changes in the BRDF of the commonly used diffuser. This diffuser was used infrequently and will thus would not degrade as quickly as the first diffuser. The aging of the radiometric diffuser was monitored by comparing the data acquired with both diffusers.

Spectral calibration
This was achieved by using the wavelength diffuser featuring well characterised absorption minima. MERIS was reprogrammed to sample adequately the absorption features. As a result, one obtained the spectral distribution law which relates spectral band to their wavelengths.

Dark calibration
The Earth and Sun optical paths a=were blocked by a shutter.

Following extensive environmental tests, SpectralonTM was selected as the diffuser material. Diffusers manufactured with this material offered the required uniformity over the field of view and a remarkable stability. A diffuser plate doped with a rare earth oxide was used for the spectral calibration.

The on board calibration sequence calculated the calibration coefficients for all FR pixels of the 15 spectral bands, stored them on board for further use during full processed observation mode.

The reference for the absolute calibration was based on an assumed solar irradiance at the time of the calibration. The radiance was adjusted from this reference by applying a seasonal scaling formula. 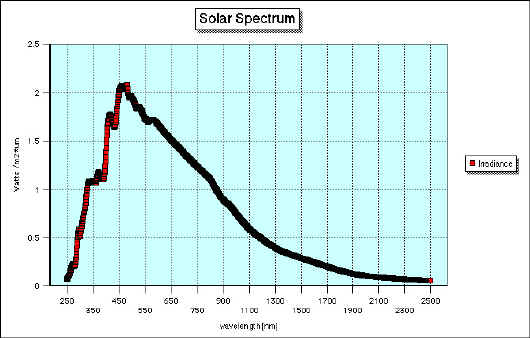 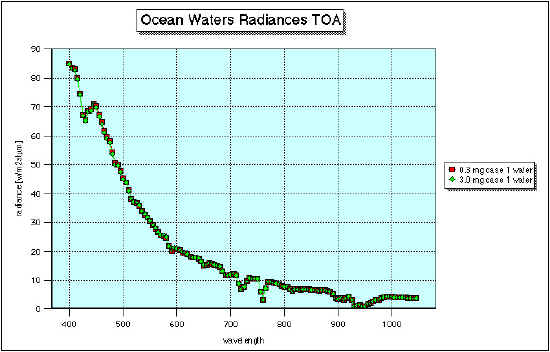 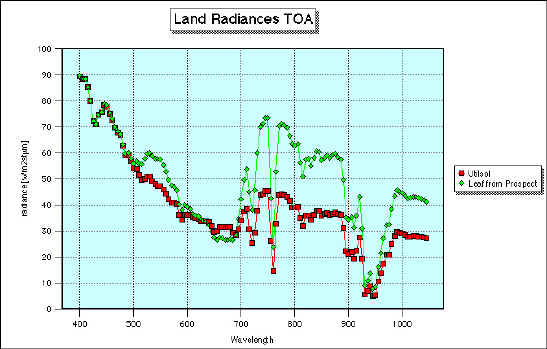 The radiometric calibration was performed at the south orbital pole where a Spectralon diffuser was allowed to be illuminated by the Sun.