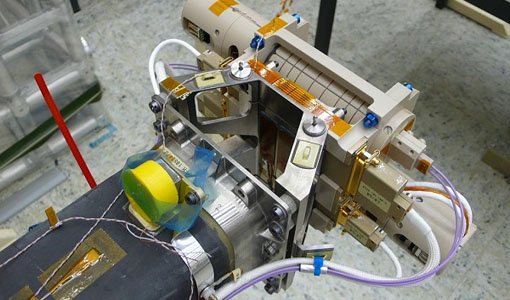 The objective is to measure magnetic field strength and to calibrate the VFM device to maintain absolute accuracy during the mission. The ASM characteristics make the instrument ideally suited not only for the traditional role of scalar magnetometers as absolute references for the calibration of the on-board vector instruments, but also for extended operational capacities, such as higher frequency scalar measurements (of potential interest for magnetosphere studies for the low frequency part of the spectrum) or autonomous scalar / vector operations. Also, the helium magnetometer can be operated in a zero field configuration with only very minor evolutions in the sensor overall design, thus extending its initial capabilities to new missions in planetary exploration. 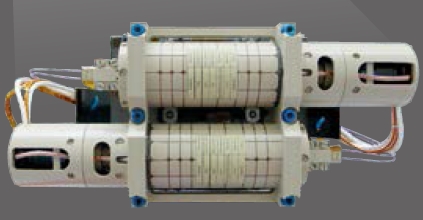 The ASM is based on the ESR (Electron Spin Resonance) principle and makes use of the Zeeman effect which splits the emission and absorption lines of atoms in an ambient magnetic field. The pattern and amount of splitting is a signature of the magnetic field strength. The optically pumped helium magnetometer uses a High Frequency (HF) discharge within a gas cell to excite 4He atoms from the ground state to the metastable state. This metastable level is split by the Earth magnetic field into three Zeeman sublevels. The separation of those sublevels is directly proportional to the ambient field strength and equals half the gyro frequency (eB/2m - where m is the electron mass).

Using this measurement principle enables ASM to determine the magnetic field strength with high sensitivity and performance, which remains identical at all points in the orbit. ASM makes absolute measurements without any drift or bias. ASM can also determine components of the magnetic field along three axes perpendicular to each other resulting in magnetic field vector measurements that can be used to compare Vector Field Magnetometer against ASM data to verify the design of the ASM sensor for future missions.

The ASM operates with linearly polarized pumping light instead of circularly polarized light. The main reasons for that choice are the following: