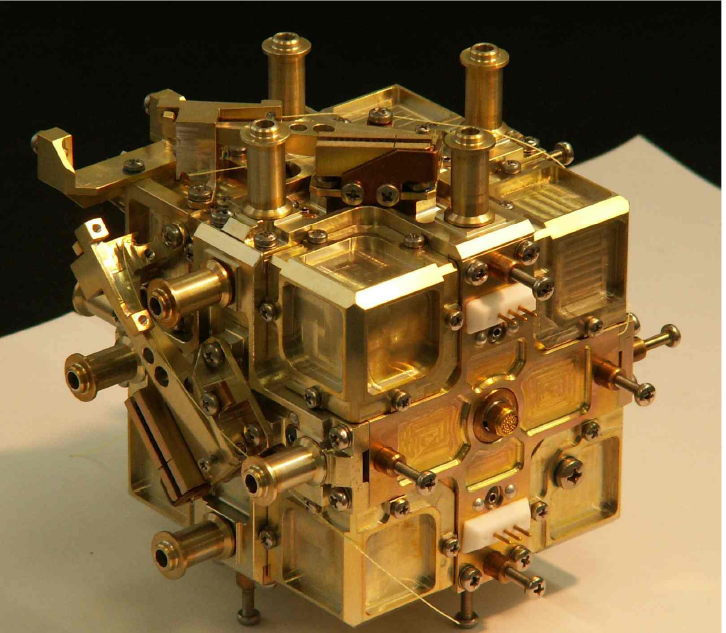 The Accelerometer (ACC) instrument was designed and developed at the Aeronautical Research and Test Institute, Prague. The ACC uses a cubic proof mass that is free-floating in the cubic cavity that is separated from external influences by the Swarm satellite structure and the construction of the accelerometer itself that is located near the spacecraft Centre of Gravity. The cubic cavity is rigidly attached to the satellite body so that gravitational as well as all perturbing forces acting on the satellite are identical to those acting on the cavity. Within the cavity, the proof mass can move freely. The difference between the acceleration of the cavity and the acceleration of the proof mass is equal to the sum of all accelerations generated by non-gravitational forces.

Measuring the position of the proof mass allows even minute displacements to be detected and counteracted by applying a known electrostatic force so that the action of non-gravitational forces can be measured as a function of counteracting force settings. The proof mass position control is accomplished via electrodes that are actuated through a feedback loop that drives servo control electronics.