The ESA Meteosat Second Generation programme, started in 1994, is composed of four satellites.

Long-term availability of Earth observation data from a given instrument is crucial to many data users and their research—but just how does it work? 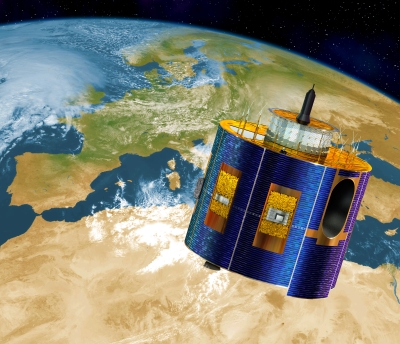 After the successful experience of developing the first European meteorological satellite - Meteosat in the 1970's, ESA initiated studies to improve related space technology in order to satisfy more demanding requirements for meteorologists.

The four Meteosat satellites were launched between August 2002 and July 2015.

The objective of the Meteosat Second Generation is to improve the image quality from those obtained by the Meteosat First Generation and sequences of cloud development are smoother and more realistic. The improved images allow meteorologists to provide more accurate medium and short-term weather forecasts.

We use cookies which are essential for you to access our website and to provide you with our services and allow us to measure and improve the performance of our website. Please consult our Cookie Notice for further information or to change your preferences.