Satellite radar altimetry measures the time taken by a radar pulse to travel from the satellite antenna to the surface and back to the satellite receiver. This measurement yields a wealth of information that can be used for a wide range of applications – in particular, for understanding sea-level rise.

In 1969, at the Williamstown congress, the feasibility of a new discipline as space oceanography by radar instrumentation was discussed.

The United States were the first to fly a satellite-borne altimeter, with the Skylab and Geos3 missions, Seasat in 1978 (the first satellite to provide data) and Geosat in 1985.

In 1981, the French Space Agency, CNES, was evaluating Poseidon, an altimeter which was to be carried on the first Spot satellite. At the same time, NASA, which wanted to further the achievement of Seasat, was planning the Topex (Topography Experiment) mission.

However, neither agency had the means to develop such a mission alone, so in 1983 they began discussing the possibility of combining their two projects. 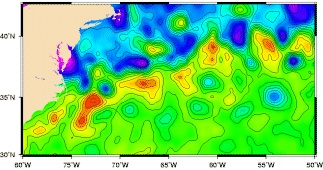 In 1987, CNES and NASA formally created a partnership for a joint project involving French and American instruments, on an American satellite to be launched by a European rocket—this was to become Topex/Poseidon.

In 1991, ESA launched ERS-1, which carried several instruments including a radar altimeter.

Missions like ESA's CryoSat (launched on 8 April 2010) and Copernicus Sentinel-3 use synthetic aperture techniques (delay-Doppler Altimeter) that "can be seen as" a beam-limited instrument in the along-track direction.

Thus, world-class scientists are meeting in the Azores this week, at the "25 Years of Progress in Radar Altimetry" Symposium, to discuss the latest developments in our understanding of Earth's surface variations observed by altimetry.

Watch the replay of the symposium