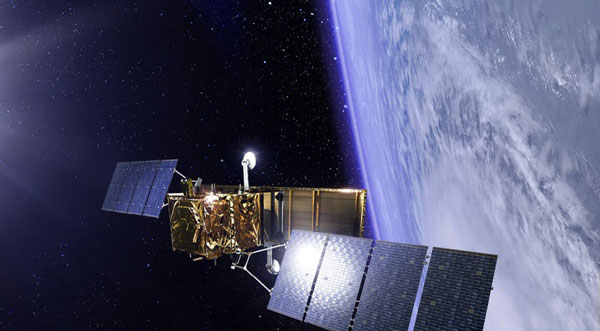 With a planned take-off on 17 December 2019, the satellite will be launched from Kourou, French Guiana, on a Soyuz vector, with the ESA CHEOPS satellite as its mission companion.

Following a normal nominal commissioning of 6 months, from mid 2020 its images will be made available to ESA, Copernicus and the rest of the world.

Like its predecessor COSMO-SkyMed, which is a 4-spacecraft constellation, the second generation is also equipped with a Synthetic Aperture Radar (SAR) instrument and is capable of operating in all visibility conditions, regardless of weather, at high resolution and in real time.

The overall objective of the COSMO-SkyMed programme is global Earth observation and the relevant data exploitation for both civil applications (institutional, commercial) and defence activities.

The COSMO-SkyMed Second Generation is at the forefront of radar technologies and will ensure improvements and guarantee continuity with the first generation satellites, preserving the high quality and the highest precision features, both required for the interferometric activities.

Thanks to an agreement with ASI, e-GEOS is the world-wide exclusive distributor of COSMO-SkyMed first and second generations, and operates on behalf of ASI, the IC-UGS (Italian Civilian User Ground Segment) at the Matera Space Centre.

The main payload of the second generation satellites is an X-band, multi-resolution and multi-polarisation imaging radar, with various resolutions (from 0.3 to 100 metres) over a very large access region. It is equipped with a fixed antenna, having electronic steering capabilities that can manage a large number of operative modes for image acquisition and for internal calibrations. The nominal incidence angles (where the system grants the image quality requested) vary between 20° and 59°.

The COSMO-SkyMed Second Generation satellites will be placed on the same orbit of the first generation ones. This will allow to guarantee also in future a dusk/dawn revisit of 12 hours, increasing the frequency of the interferometric revisit.

"The COSMO-SkyMed constellation is already part of this portfolio and the COSMO Second Generation missions will provide continuity and further innovation with X-band multi-pol measurements. This is a great milestone for our colleagues at ASI", concluded Ottavianelli.

Bruno Versini, e-GEOS's Chief Operative Officer, confirms, "The COSMO-SkyMed Programme, funded by the Italian Space Agency in partnership with the Ministry of Defense, is the result of the highest expertise of the Italian space industry, with Leonardo and its joint ventures with Thales Alenia Space and Telespazio, in cooperation with a significant number of Small and Medium Enterprises of the national supply chain. The second generation system, whose data will be distributed by e-GEOS, including its ground infrastructures, will further increase the level of performance of spatial sensors for radar observation in terms of resolution, overall quality of the images and acquisition agility."

COSMO-SkyMed is an Italian Earth-imaging constellation consisting of four identical satellites which launched between 2007 and 2010. Read more

ESA is pleased to announce the deployment of a new service, called ESA PDGS-DataCube, enabling multi-temporal and pixel-based access to a subset of the data available in the European Space Agency dissemination services. Read more