You are here Home

Bangalore, February 2013 (From: Zee News) - A satellite-based study has indicated that a huge glacial lake has formed atop the Himalayas in Sikkim with a "very high" potential for it to burst and create devastation downstream. Analysis of satellite data has revealed that the lake has formed at the snout of South Lhonak glacier that is about 7,000 meters high on the mountain in the north-eastern state. The lake, bounded only by loose soil and debris, could cause havoc downstream if it ruptures, according to scientists at the National Remote Sensing Centre (NRSC) in Hyderabad. In a report published in the latest issue of the journal Current Science, NRSC researchers Babu Govindha Raj and co-workers say the glacial lake is about 630 meters wide and 20 meters deep. It covers an area of 98.7 hectares and contains 19.7 billion litres of water. A sudden outburst "can create devastating floods downstream," they warn, adding that the probability of this happening "is very high". They however note this is only their preliminary assessment and more field studies are required to confirm the hazardous potential of this high altitude lake. Data from the American Landsat satellite were used to estimate the size of the shrinking Lhonak glacier and the growth of the glacial lake at different times between 1962 and 2008. Based on this study the scientists estimate that the Lhonak glacier had receded 1.9 km between 1962 and 2008. The glacial lake that was initially a small body of water in 1962 grew in size with accumulation of melt water. The NRSC scientists say that the lake is still attached to the snout of the glacier but is expanding in area due to the glacier retreat. "The rate of growth of the lake indicates possible developments of the hazard situation," the report says. As Himalayan glaciers are retreating fast, it is necessary to make an inventory of glacial lakes and set up an early warning system for lake outburst floods in vulnerable areas, they say. 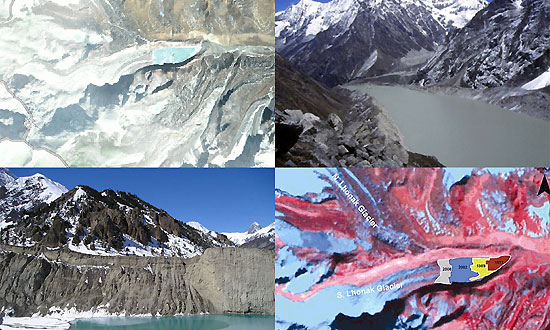 These images acquired by ALOS' AVINR-2 sensor, show the same area of interest with a different spatial resolution and different band combination. 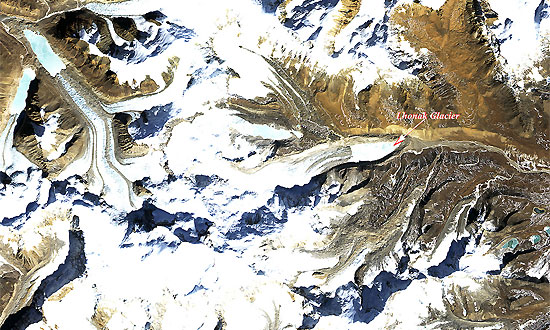 These images taken by the Envisat and ERS satellites show details of the area using different images acquired during their missions. The animation shows the state of the glacier from October 2000 to August 2010. 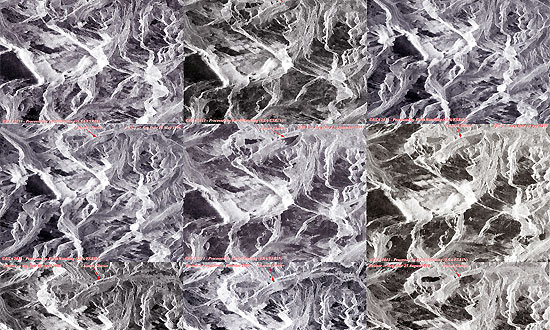 This multi-colour image was created by merging Envisat and ERS-1/2 satellite images. The areas highlighted in green were acquired by ERS-2, and blue ERS-1, and show the changes to the glacier between these acquisitions. 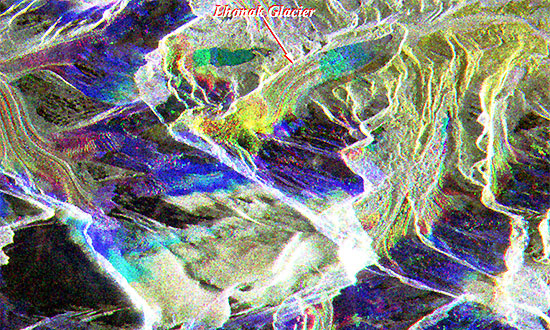 These Landsat-5 and 7 satellite images show the lake recently formed at the snout of South Lhonak glacier during the last few years. 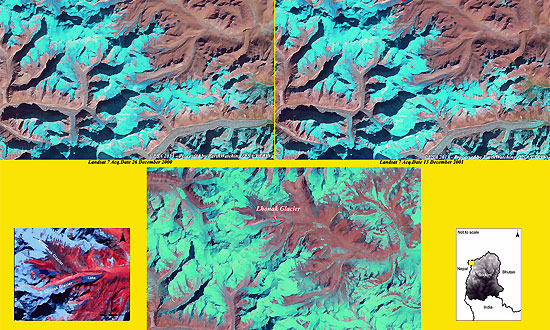 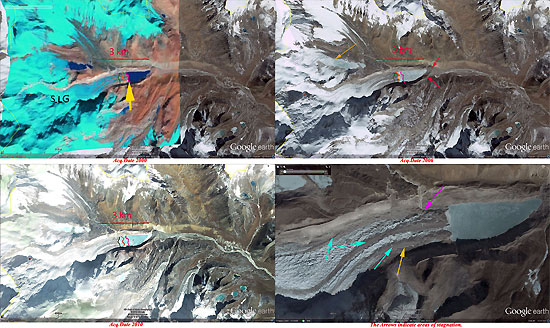 The South Lhonak Glacier drains east from Lhonak Peak into Sikkim from the Nepal-Sikkim border. The glacier begins at the border at 6500 metres and ends in a lake at 5200 metres.