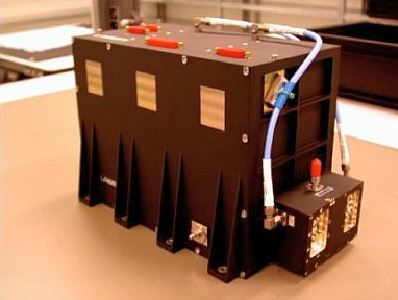 The Satellite to Satellite Tracking Instrument (SSTI) on board ESA's GOCE mission, consisted of an advanced dual-frequency, 12-channel GPS receiver and an L-band antenna. The receiver was capable of simultaneously acquiring signals broadcast from up to 12 spacecraft in the GPS constellation. The SSTI instrument delivered, at 1Hz, so-called pseudo-range and carrier-phase measurements on both GPS frequencies, as well as a real-time orbit navigation solution.

Download data from the GOCE mission through the ESA GOCE Online Dissemination Service. The data is freely available to registered users.

All GOCE Level 1b and Level 2 products, in accordance with ESA Earth Observation Data Policy, are freely available to users.

See the GOCE product descriptions to learn more about what the products offer:

A number of tools are available for visualising, processing and analysing GOCE data.

The L1b-L2XML parser is capable of importing data into existing applications, by transforming GOCE products from ESA's Earth Explorers file format standards into other common formats.

GOCEPARSER is an easy-to-use tool for extracting the GOCE Level-1b and Level-2 data from the XML products into a plain text file in columnar format.

The GOCEXML2ASCII parser is a very fast and memory-efficient XML to ASCII converter for GOCE Level-2 EGG_NOM and SST_PSO data.

Use this starting package to learn how to build simple Matlab routines which can read Level-1b GOCE products.

Learn about the processor releases and available baselines for SSTI data.

The goal of performing GOCE Calibration and Validation activities was to quantify the mission’s system response (calibration), to verify the performance by comparison with independent sources of data (validation), and in doing so to assess and quantify uncertainties in the measurements.

GOCE Quality Control Reports are available in three different varieties covering quality monitoring of science and calibration products, providing monthly overviews of the health of the SSTI instrument and product quality, and any anomalies that may affect the quality of data acquired.