1.    Definition of L1b and L2 Cat-2 Product Baseline and Dataset

LATEST_BASELINES FOLDER: contain all the interoperable products generated in a consistent way with the application of all significant data quality improvements, but not necessarily covering the entire mission.

ENTIRE_MISSION_DATA FOLDER: contain the full data coverage of the entire mission, regardless of any consideration of interoperability among the same product type. In other words the data might have been produced with strategies or knowledge that does not make the products necessarily interoperable for certain type of science. This information can be still be captured by looking at the Product Baseline number.

N.B. It might occur that not all of the old data is immediately regenerated or reprocessed into the "Latest_baselines" Folder. Therefore if the user does not find the improved product in the "Latest_baselines" Folder but you are nonetheless interested in accessing the data without the significant data quality improvements, you can find them in the "Entire_mission_data" Folder.


Please refer to the following sections to check the Product Baselines details of the "Latest_baselines" and "Entire_mission_data" Level 1b and Level 2 Cat-2 Datasets.

Where 03 is the Product Baseline number, while 01 is only an incremental File Counter.

Please note that a Dataset may contain products with different Product Baselines, as shown in the example of Figure 1 below. 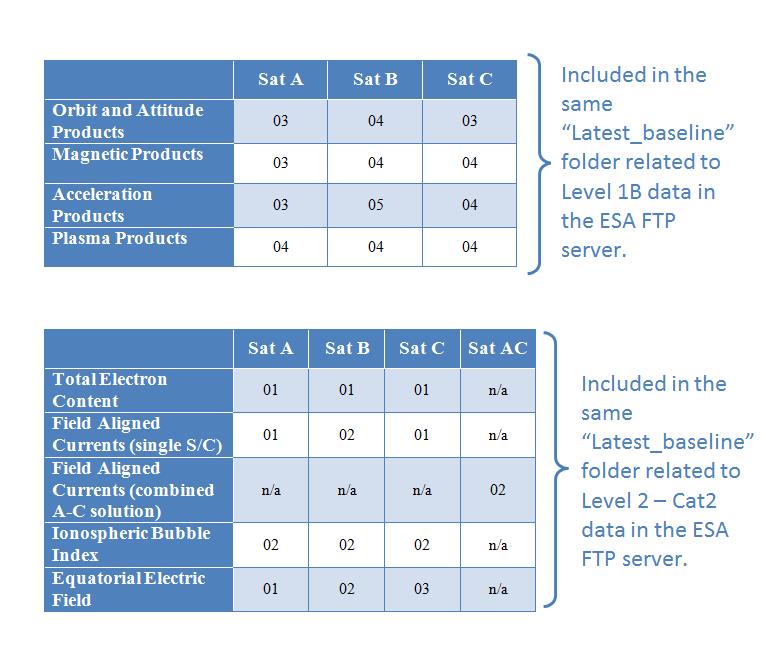 Figure 1: Schematics of a Swarm "Dataset"

Information on the Level 1B and Level 2 Category 2 Swarm products, can be found in the Swarm Level 1b Product Definition and Swarm Level 2 Product Specification

The tables below present the "Latest_baselines" Level 1b and Level 2 Cat-2 Datasets with their respective Product Baselines. Detailed explanations of the most relevant data quality features are given in the following sections.

On 17 September 2018, some modifications have been introduced in the way GPS and STR products are computed:

The improvements in the new Product Baseline of magnetic data have been made possible with the joint efforts of a dedicated group of experts, who analysed instrument and housekeeping data and elaborated a model for correcting data from external disturbance effects, predominantly Sun-driven and manifested as scalar residuals between the ASM and VFM data. After the application of this correction model, we have reduced significantly the differences between ASM and VFM data. The overall rms of such differences were around 1 nT before the correction, while after the correction the rms is roughly 300 pT, for all spacecraft. The expert group is working hard to further improve the disturbance models.

The key points are the following:

Temporarily, in addition to data contained in the "Latest_baselines" folder, a preliminary set of Swarm Plasma data for all three spacecraft has been made available to the Swarm science users thanks to the efforts of the Swarm Electric Field Instrument (EFI) Principal Investigators (PIs) and their teams.

This dataset is actually composed of two separate datasets, corresponding to the two instruments which compose the EFI:

Due to thorough calibration activities on the instruments and the processing algorithms evolutions still ongoing to achieve the best possible data quality, this plasma dataset is a work in progress and can be considered as preliminary. The use of such data by the scientific community is encouraged by the EFI PIs, provided interested scientists and users carefully read the User Note concerning the state of the art of plasma data quality and the information about data formats and content. In case of doubts, the PIs will be pleased to answer your questions:

Please always include ESA in CC in your communications: swarm@eo-sppa.org

The dataset is available on the ESA FTP server accessible by all users, under the path: ~/Advanced/Plasma_Data/Provisional_Plasma_dataset

The dataset is structured as follows:

Official Swarm Plasma products are available from the beginning of the mission to the present. The user is recommended to read carefully the following notes before using the data:

This dataset has been delivered by the Swedish Institute of Space Physics (IRF) for instrument validation purposes and advanced studies involving ionospheric plasma. It is intended to be an experimental dataset, and before using such data in papers or other scientific publications, please contact IRF (Dr. Stephan Buchert, scb@irfu.se).

The Swarm payload includes two Langmuir Probes, each carrying on independent measurements of ionospheric electron density, electron temperature and spacecraft potential. Then, the measurements from the two probes are "blended" together according to an algorithm which takes into account several environmental and instrument variables: different sensitivity of each probe to different plasma density regimes, saturation due to instrument factors, and more.

The final results are single values of electron density and temperature and spacecraft potential as a function of time, contained in the official Swarm plasma product type EFIx_LP_1B, and in the Langmuir Probe preliminary dataset described above (Sects. 2.3.1 and 2.3.2)

One of the major challenges the Swarm experts are presently facing is the validation and correct interpretation of the electron temperature and spacecraft potential measurements. Several features are being observed such as: unusually high temperature regions, trains of spikes apparently related with Sun illumination angle on the Swarm solar panels, small jumps in the spacecraft potential after the activation of the sweep mode.

Therefore, in order to help scientists in investigating these peculiar aspects, an extended dataset has been released, containing the electron temperature and spacecraft potential measured separately by the two probes. Data are in format of daily CDF files, spanning, for the time being, from the start of the mission to the current date - 14 days for all three spacecraft.

Data are available in the ESA FTP server under the path:

Where X=A,B,C is the spacecraft identifier.

Before using this data, please read carefully the Release Note

An extended dataset including ionospheric electron density at 16 Hz has been made available by the Swedish Institute of Space Physics (IRF Uppsala). The density is derived from the current measured at the EFI faceplate and offsets can be present with respect to the 2 Hz plasma density measured by the Swarm Langmuir probes.

where X=A,B,C is the spacecraft identifier.

Data cover from beginning October 2014 to the current date - 14 days for all spacecraft, in daily compressed (ZIP) CDF files. Please note the continuity of the coverage is not assured, as the settings of the faceplate bias are not always suitable for density measurements. The dataset is regularly updated with the most recent data.

The Faceplate dataset at 16 Hz has the following caveats:

In the updated version of this dataset that will be available soon, the above mentioned issues will be fixed.

An experimental dataset of Cross-Track ion flow at 2 Hz has been made available by the University of Calgary (Canada).

Before using this data, please read carefully the Release Note where more details on data processing and data content are given. In case of doubt, please contact:

For further clarifications. Please always include ESA in CC in your communications: swarm@eo-sppa.org

An experimental dataset of Cross-Track ion flow at 16 Hz has been made available by the University of Calgary (Canada).

Before using this data, please read carefully the Release Note where more details on data processing and data content are given. In case of doubt, please contact:

for further clarifications. Please always include ESA in CC in your communications: swarm@eo-sppa.org

where x=A,B,C is the Spacecraft identifier.

Data coverage ranges from 01/01/2016 to 30/04/2017 for spacecraft A and B, in daily compressed (ZIP) CDF files. Data coverage is not continuous. Starting in 2014 EFI TII operations have been limited to a small number of orbits per day. The dataset is meant to be regularly updated with the most recent data.

The Level 1B accelerometer data (ACCx_PR_1B) are not distributed to the regular users as they are heavily perturbed by a variety of disturbances. The main problems are:

a) High number of steps, spikes, pulses observed in linear and angular acceleration;

b) Strong dependency on temperature variations.

Intensive investigations resulted in the conclusion that a fully automatic correction of the disturbances is not reliable, at least in the foreseeable future.

The new SC_xDYN_1B data products will also contain three new variables that specify which thrusters were activated for how long, including the resulting thrust force acting on the spacecraft. The information will be extracted from the Level 1a AOCS and BUS house-keeping data contained in the HK_xAOCS1A and HK_xBUS_1A data products, respectively, which are also not available to Swarm data users.

The AUXxORBCNT product provides precise Swarm orbit number information to the scientific user community. The start of an orbit is defined as the Equator crossing of the ascending node (i.e. the northbound Equator crossing). Detailed information for this product is available here.

Following the correction of the Magnetic Level 1B data (MAGx_LR_1B), a new Baseline (03) of FAC, IBI and TEC products has been introduced. For the product types: FACxTMS_2F, IBIxTMS_2F, and TECxTMS_2F, data have been therefore regenerated since, approximately, the beginning of the mission. For the product type: FAC_TMS_2F (FAC from combined spacecraft A and C measurements) the coverage does not start from beginning of mission, but from 15/04/2014, when the lower pair reached their definitive orbit configuration.

Equatorial Electric field data were made available for the first time since 27/08/2015, only for spacecraft Alpha and Bravo. Unfortunately, the unavailability of the ASM instrument on spacecraft Charlie makes impossible the production of EEF data for such spacecraft. Detailed quality information on this products is available here.

Detailed quality information for this product is available here.

Due to the insufficient precision of double precision values (64 bit floating points) in the CDF data, there are duplicated TEC values in the Swarm L2 TEC product (TECATMS_2F, TECBTMS_2F and TECCTMS_2F). Please note that the duplicates are not always next to each other in the time series, but they occur on the same PRNs (GPS satellite number). More detailed quality information on this product is available here.